Originating vehicle's keys is something most locksmith technicians should know. It is a very common service in which customers would usually prefer to call a locksmith technician than the dealership since the cost most likely will be lower and they won't have to get their vehicle towed anywhere. There are many ways and tricks for making vehicles keys, but most of the time it will be depend on the make and model. Some vehicles will have one key that will operate all the locks in the vehicle including the ignition, but some vehicles will have 2 keys, one for the ignition and one for the door/trunk/glove box lock.

A few years ago when I just learned automotive ignition and key origination services, I got a call from a customer to make a door key for his 95 Camaro Z28. The customer mentioned that he lost the key a while back, but was not worried about it until now that is FOB stopped working. These types of older GM vehicles use 2 keys, one that is used for the ignition and one for the other locks in the vehicles. Since I knew it wasn't a big deal to make a door key for this make and model since it didn't required touching the steering wheel and the ignition, I decided to take the job.

I started heading to the customer's home, but not before confirming I had the right key blank in stock. Once I got to the customer's address, I went through the guides I had for information about the vehicle and what I would need to do to make the key for the door and saw that I needed to take apart the door panel and other hardware to get to the lock and read the stamped code that was on it. Although my other option was progressioning, I was not confident enough I would be able to properly progress all 6 cuts of the key, so I decided to go with the usual route of getting to the door key. 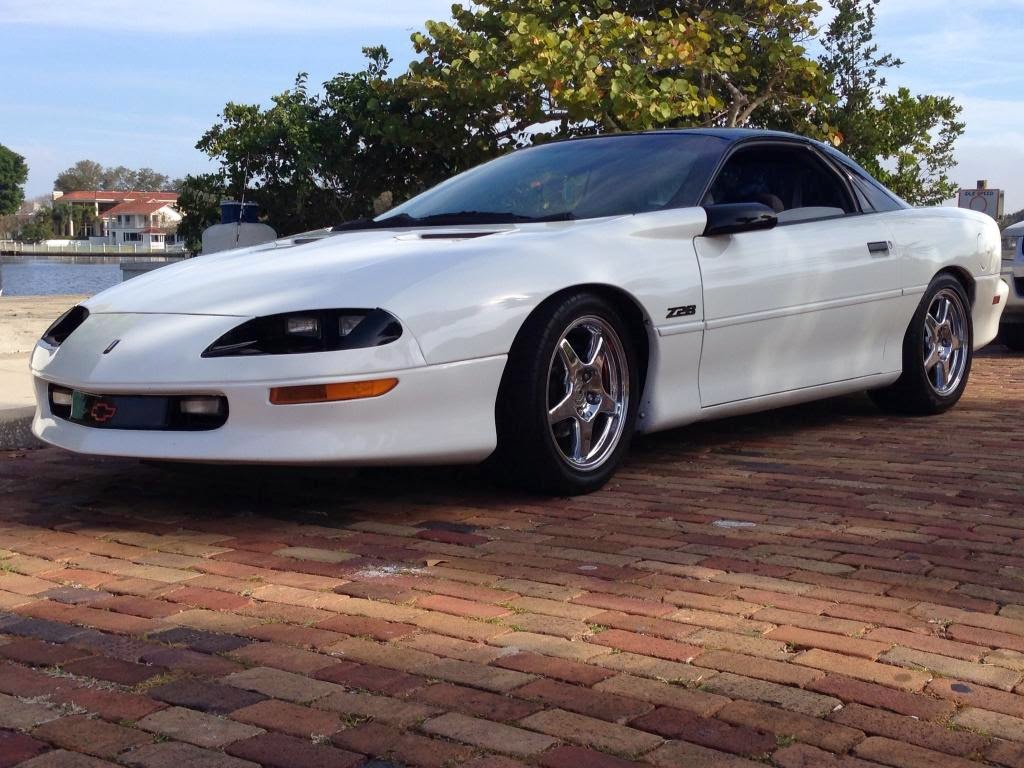 Since I couldn't think of another way to originate a door key for the customer's vehicle, I decided to call a Portland locksmith co-worker of mine to see if he could come and help. Unfortunately, he was caught up doing a different job, but he did have a helpful advice for me. Something that I didn't thought about was going with the glove box lock which was very simple to remove. Although the glove box only used 4 out of the 6 cuts, all I needed to do was to progress the remaining 2 cuts which I didn't have any problem doing .
Posted by Unknown at 12:56 PM No comments:

See full list on Listly
Posted by Unknown at 11:40 AM No comments:

There were many times as a locksmith technician where I got call-backs for services I did. There were no particular jobs I would get the call-back for, it may have been a key I just mad for a vehicle that failed to work for undetermined reason, a new lock that failed operation after a short period of time, or other types of jobs. Most of the time I would be able to figure out what went wrong, but there were few times where I would stand scratching my head trying to figure out the issue where I'm sure happened before to other locksmith technicians in the field..

I remember few summers ago right around the time there was a few weeks of heat wave in Portland area, I got a call from a restaurant downtown to install a key-less entry Simplex lock which is very common for updated commercial applications and saves the hassle of dealing with pesky keys. I had the chance to install few of those before and actually had a couple in stock, so I took the restaurant information and headed its way.

Once I got to the restaurant location, the manager showed me around and took me to where he wanted the Simplex lock to be installed which was on the kitchen's back door where there was a high traffic of employees coming and going.  The install went well, and after finishing, I programmed a combination for the manager, and explained him how to use the lock. I then was on my was for another job. 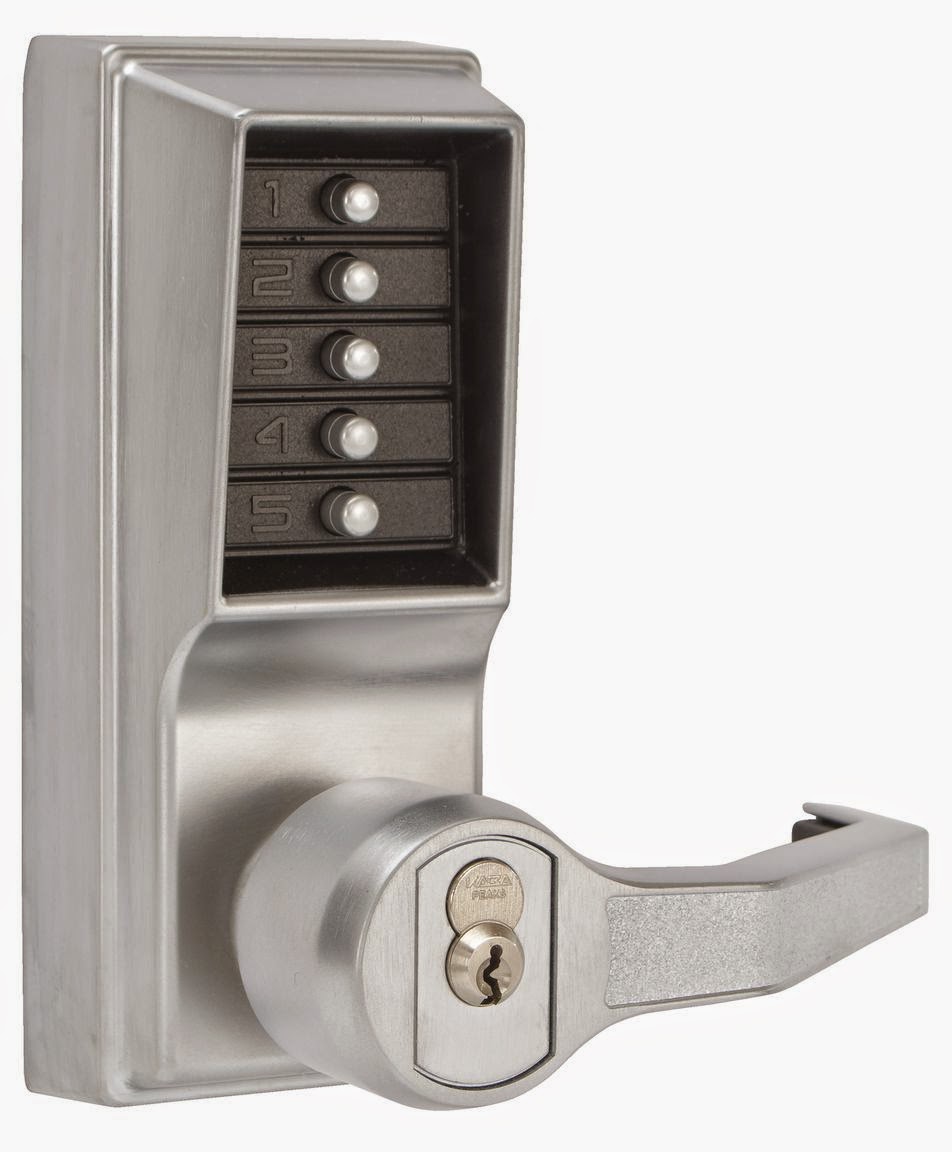 Couple of days after the restaurant service, I got a call from the restaurant's manager claiming he was not able to operate the lock and instead he had to pry the door open which destroyed the latch. I stopped at one of my lock suppliers on the way to the restaurant to pick up another lever. After getting to the restaurant, I installed the new lever, entered the combination and everything seemed to work perfectly fine.

A day later, I got another call from the restaurant with the same complaint that they could not get the door open. I then asked them no to try anything until I get there, and started heading there as soon as I got off the phone. Once I got there, I examined the lock and enter the combination and it did not opened. A this point, I called another Portland locksmith co-worker of mine and see if he had any issues before with these Simplex locks.

After getting my co-worker on the phone, he did mentioned that these Simplex locks tend to malfunction if exposed to extreme heat. I then made a quick second look and noticed that there was a direct sun light on the metal door going through the kitchen window. I did noticed that the door was very hot when examining the lock. I then had an idea to examining the theory by getting a hose and cool the door a little. Once I did that, the lock functioned with no issues. I recommended the restaurant manager to install some type of window blinds, so this issue won't happen again.
Posted by Unknown at 12:02 PM No comments:

See full list on Listly
Posted by Unknown at 5:31 PM No comments:

Posted by Unknown at 4:13 PM No comments:

As a professional locksmith technician you never know what would be expected once you go on the road for a job. There were many times where I found myself going for a job only to get 3 more while I was on my way. Usually this is not an issue, but when things do not run smoothly, then the problems usually start as other customers will be waiting for the service.Normally I would run behind if I would get stuck on a job that may be difficult to find a solution for more than expected.

About few weeks ago I remember heading out for a job in the morning and getting few more jobs along the way which was the reason for me to come back home only in the evening. The first job was making a key for a 2005 Ford Escape in Hillsboro which went fairly smooth as expected. I got to the customer's home fairly quick since there was no traffic and was able to make a new key for the customer in a timely manner. The only issue I had was the power supply in my service van which did not work properly and eventually led me into connecting the key cutting machine power supply to the customer's garage.

While I was close to finishing the Ford Escape key origination job, I got another call from a customer who locked herself out of her vehicle at her place of work parking lot. The vehicle was an old Jeep Wrangler, so I knew I was into a challenge. The lockout service was in Mcminville which was around half an hour from where I was. I took the customer info and started heading on the way to try and avoid traffic.

In about half an hour I was able to get to the job site. After taking the information I needed from the customer, I grabbed my lockout service tools from the van and started working on the vehicle. The problem with the Jeep wrangler was the fact that the door frame was very tough to separate using the wedges, but even after I was able to create some space, it was not enough for me to maneuver with the bar in order to unlock the door using the power locks. Mean time, I got another lockout job on Forest Grove which was on my way back anyways, so I booked it even though I was still working on the Jeep. 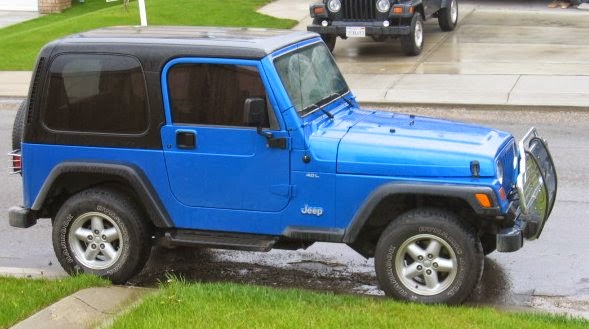 After about 15 minutes of unlocking attempts, I decided that the best way to get the customer back to her vehicle was to making a new key for the customer which wasn't a big deal, but I had to charge the customer a little more for it. After explaining the situation to the customer, I got the green light to make a key which worked well for her since now she had a spare key in case a situation such as that will occur again.

Visit the following links for information about our Portland locksmith services. | Premier NorthWest Locksmith Portland.
Posted by Unknown at 3:26 PM No comments:

See full list on Listly
Posted by Unknown at 2:50 PM No comments: