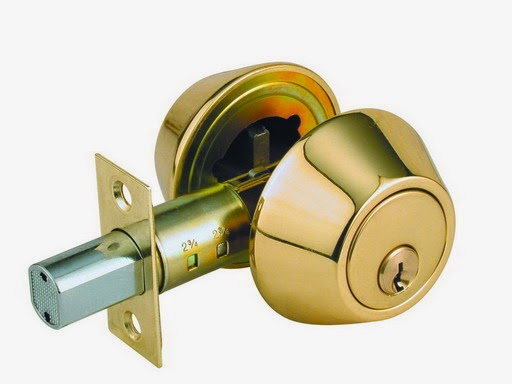 I remember a time once I was a terribly embarrassed while I was facing with a technical locksmith dilemma. There was a deadbolt lock on a school supply room and key-in-knob lock, as well. The school engineer, with a large set of keys, and the school custodian were trying to open the supply room door for materials that were needed immediately. The principal was out of the building at the time, but she did left them with her set of  keys of the school to open the door. They were able to open the key-in-the knob lock, but could not find the key for the deadbolt.

Since I was a teacher at the school, they called me, knowing I was a professional locksmith as well. When I got there, the engineer and custodian filled me in on the situation and the fact that they had tried every key on both sets (the principal's and the school engineer) several times, but without any luck, except for the bottom key-in-knob lock they opened successfully. The engineer showed me that he tried removing the molding, but could not access the lock itself. He consulted me about drilling through the deadbolt cylinder. Due to the nature of the situation, it seemed reasonable to do so.

So, I showed him the point at which to drill. He got his drill out and he was about to begin drilling when the principal suddenly showed up earlier than expected. The engineer and custodian approached her and explained to her the situation and the fact that they couldn't find the key for the other lock. Her response was that "The same key opens both locks." Apparently, it might have been a good idea to try that same key on both locks to avoid all the hassle and unnecessary embarrassment.

See full list on Listly
Posted by Unknown at 2:12 PM No comments:

See full list on Listly
Posted by Unknown at 2:45 PM No comments:

Premier NorthWest Locksmith Portland a company locally owned and operated in the Portland area to provide services for its residents. With many years in the field, we are proud to offer variety of...

Questions? Comments? Requests? Get in touch.
Contact Now
Brought to you by